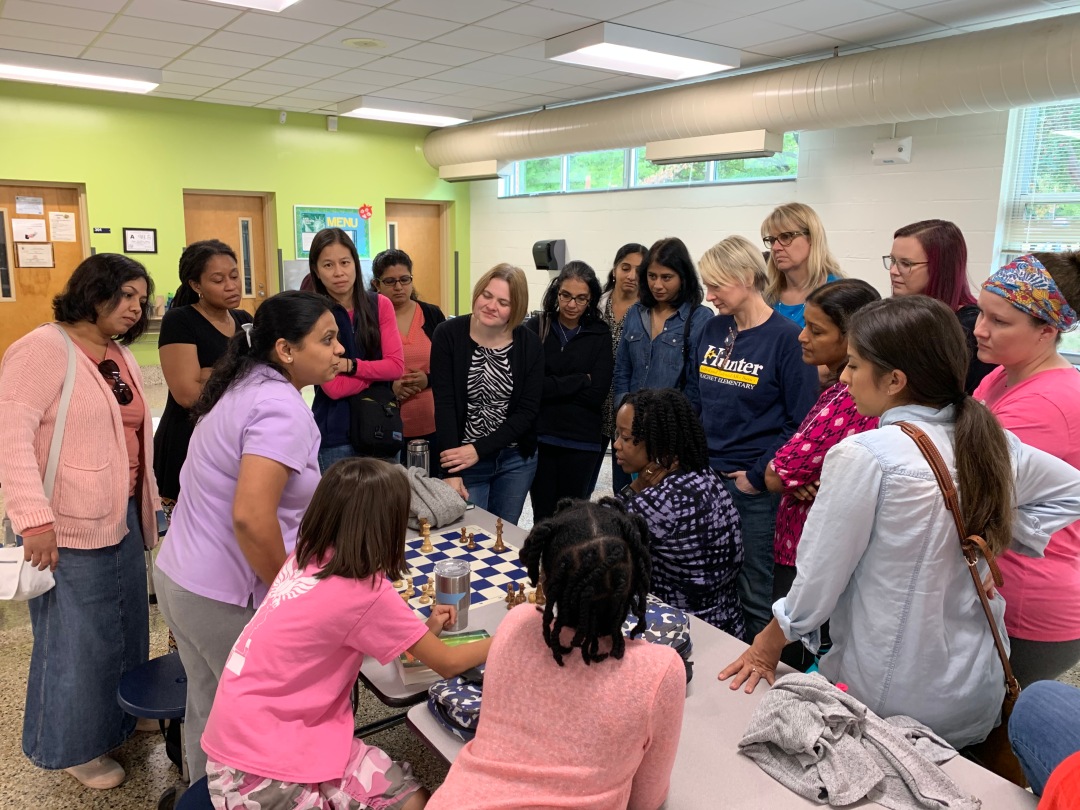 Bringing Moms to the Boards

It’s no secret that chess moms deserve a medal; after all, they lend steady support to their kid’s chess-playing efforts in many ways, not the least of which is by logging weekend hours perched on uncomfortable chairs in hotel lobbies, school cafeterias, or chess centers while their future grandmasters hone their skills over the board. But on October 9th, 18 chess moms flipped the switch and played for trophies when they chose to showcase their own (mostly newly acquired) chess skills at the first ever “Chess Moms Play Chess, Too” tournament held at Hunter Elementary School in Raleigh, NC and organized by my husband, Mark, and me. Read more about our event in this article I wrote for US Chess: Chess Moms Play Chess, Too